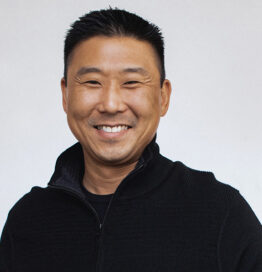 Tei Baishiki is the chief operating officer of NextHome, Inc. He oversees corporate operations and the innovation and implementation of new technologies that give our network the edge to stay ahead of the competition. He has been in the franchise business since 2008, when he first worked with NextHome CEO James Dwiggins at Realty World Northern California & Nevada. As chief technology officer there, Tei led the establishment and oversight of an in-house team of software engineers, web designers, and IT administrators. He directed strategic technology initiatives, infrastructure and application roadmaps before being promoted to chief operating officer in 2011, taking on all operating aspects of the company. In May 2014, he and James finalized the funding of NextHome, Inc., and purchased the Master License Agreement to Realty World Northern California & Northern Nevada, which was later acquired by Realty World, International.

Prior to joining Realty World, Tei and James cofounded VREO, Inc. There, as CTO and eventually CEO, Tei led the strategic planning of all operations including infrastructure and application development, and overall direction of technology initiatives. He was responsible for the design of DeepGreen Financial’s fully-automated client generation and loan processing platform, which handled more than $800 million in volume, and the launch of the original Realty World enterprise platform, which won the 2004 Inman Innovator Award for best real estate brokerage application. Tei is widely recognized as a leader in the residential real estate brokerage industry, including his placement on the Swanepoel Power 200 (SP200) list for 2020.

A San Francisco Bay Area native, Tei studied mechanical engineering before transitioning into business at California Polytechnic State University in San Luis Obispo. He grew up building street rod automobiles with his father and has a passion for motorcycles—both interests he enjoys passing down to his son Drew, and both interests that call for a deep level of attention to detail that he thrives on applying to his work at NextHome.