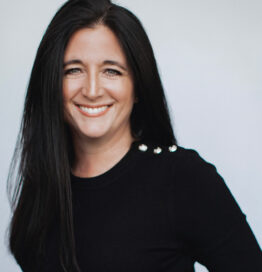 Charis Moreno is the vice president of sales for NextHome, Inc., and is responsible for the company’s growth and national expansion. Her deep understanding of how technology can be applied to helping brokers and agents become more productive and successful in today’s real estate environment is one of the many reasons our company, and our franchisees, are growing so quickly. She’s been in the real estate industry since 2003.

Before joining NextHome, Charis spent five and a half years as the senior manager of strategic partnerships at Trulia, where she oversaw all broker and franchisor relationships for the western half of the U.S. She was responsible for growing sales and maintaining a book of business that included more than 400 major brokerages and thousands of agents. Prior to joining Trulia in 2009, Charis was the vice president of inside sales for REALTOR.com, where she grew and led a team of seven managers with more than 150 sales representatives. Charis regularly speaks at local, regional, and national real estate conferences, sits on various industry panels, and hosts webinars on how to effectively leverage technology to be more productive and connect with consumers.

Charis was born in Houston, but later moved to a small town in southeast Texas, where she ran track and cross-country and played softball. She worked as a nanny and at the Dairy Queen, and, while still in high school, received her CNA certification through her work at a nursing home. From an early age she’s loved helping people and learning how to triage situations, and she sees real estate in a similar way. (We just triage differently.) Charis went on to serve four years in the U.S. Navy, which ultimately led her to California, where she attended Moorpark Junior College. She has known James and Tei since 2008; they were her clients at Trulia. Charis met Keith, also a Trulia client, shortly after. She now lives in Southern California with her husband of over 23 years and their two daughters.